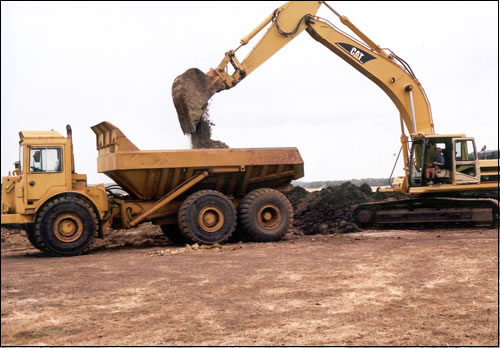 Ground that has previously been proven by drilling as viable “pay dirt” is dug with an excavator and loaded into off road haulers to be transported to the washing plant, sometimes as far away as 5kms. 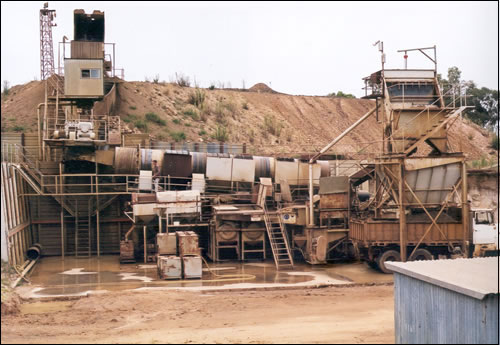 At the washing plant the dirt is dumped into a “wash bin” where it goes through a complicated washing procedure to separate the sapphire from gravels mud etc.﻿ 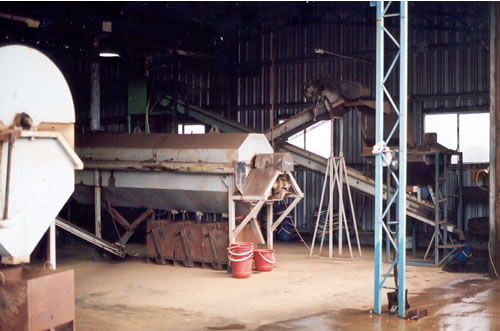 At the end of the days washing the sapphire, some magnetic iron stone and other impurities are dried ready to be but through magnetic separating machines and floatation devices to isolate sapphire ready for hand grading and valuing in preparation for sale.﻿ 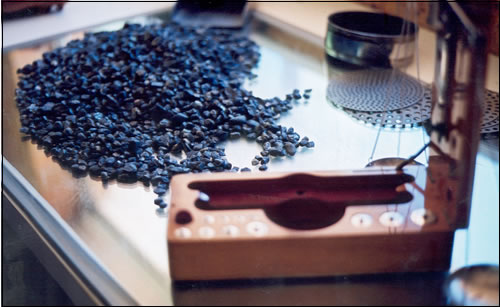